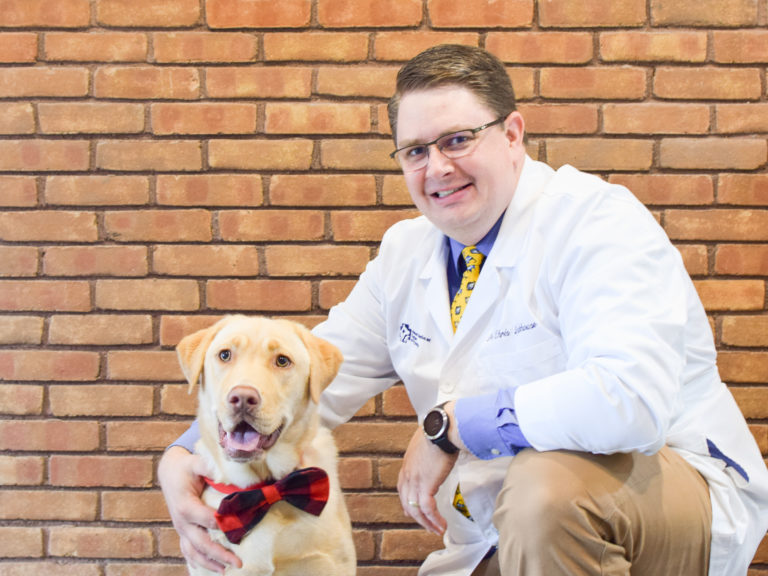 Dr. Dykhouse is a native of New Jersey, but attended Calvin College in Grand Rapids and later the University of Pennsylvania School of Veterinary Medicine. He is married and has three daughters. He has one dog named Dudley (pictured), a three-legged cat named Ivy, and a small flock of backyard chickens. Dr. Dykhouse’s hobbies include gadgets and technology, cheering for kids’ sports, bicycling, and tinkering (with woodworking, home repair, etc.). He enjoys taking nature and scenic photos, not to mention all the photos of his daughters’ and pets’ hilarious antics. He rode his bicycle around the southern coast of Australia, across Iowa and across Wisconsin, swam in a coral reef, and spent time in the rainforest in Belize. Dr. Dykhouse enjoys soft tissue and orthopedic surgery, dentistry, and counseling new pet owners. He is also an officer of the Western Michigan Veterinary Medical Association.